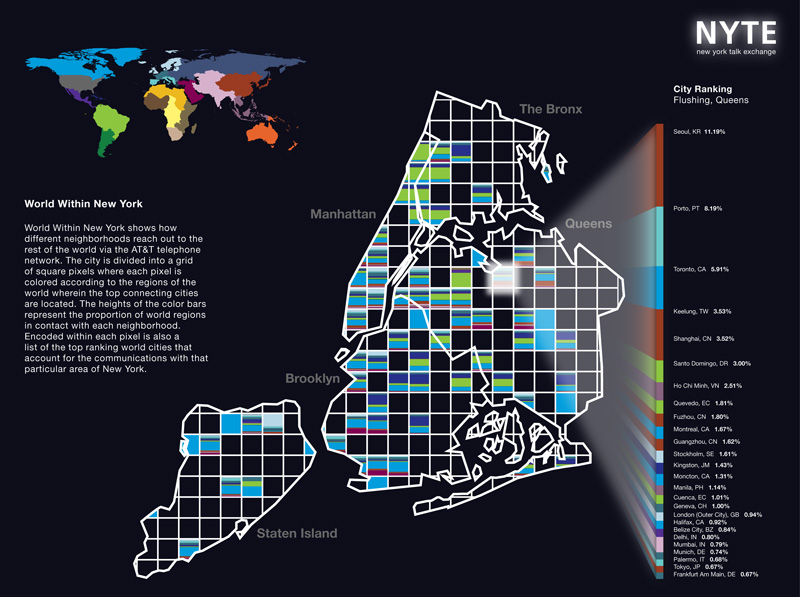 The World Within New York “shows how different neighborhoods reach out to the rest of the world via the AT&T telephone network.”

Globe Encounters “visualizes in real time the volumes of Internet data flowing between New York and cities around the world.” 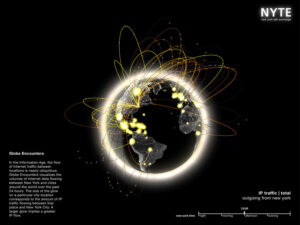 Pulse of the Planet “illustrates the volume of international calls between New York City and 255 countries over the twenty-four hours in a day.” 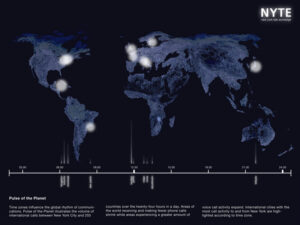