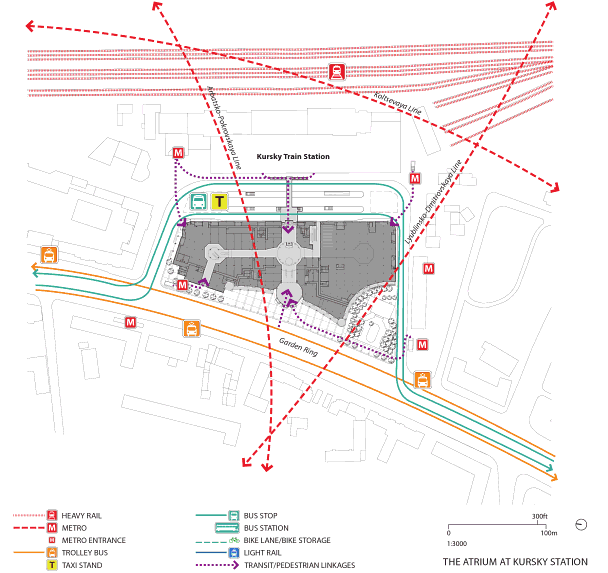 A gateway to Moscow located on the site of its former historic walls, the area around Kurskaya station is a great place for observational studies and to understand the impact of planning and architectural borders. The station is one of three heavy rail transit nodes that bring people in and out of the city – by metro, and by elektrichkas (commuter trains), as well as many taxis which feed the transport hub. The station is bound by former industrial spaces now the sites of creative clusters like Winzavod, Arma and ArtPlay. The space has been directly transformed by the construction of a shopping mall, located right on the Garden Ring Road. It is known for the bordered experience of social groups since the mall was built, and for persisted  alcoholics and homeless people who hang out in the gates of the station – and whose presence seems to be problematic for populations in transition. The station has an interesting subterranean complex, and is part of the site proposed for development of an arts district, Art Kvartal.

Design Challenge: Investigate through location-based media, spatial mapping and visual ethnography the nature of boundary conditions and flows emerging in this site. The analysis may help recognize how the site functions, and if/how it can be designed to better support access, easier transit and social resources for all that cross through the site.

A successful analysis and design of this site will identify spatial practices that produces boundary conditions and propose a method for intervening. 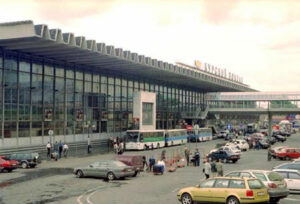 Places to investigate:
Observe the people and the social / spatial forces at play from these vantage points: